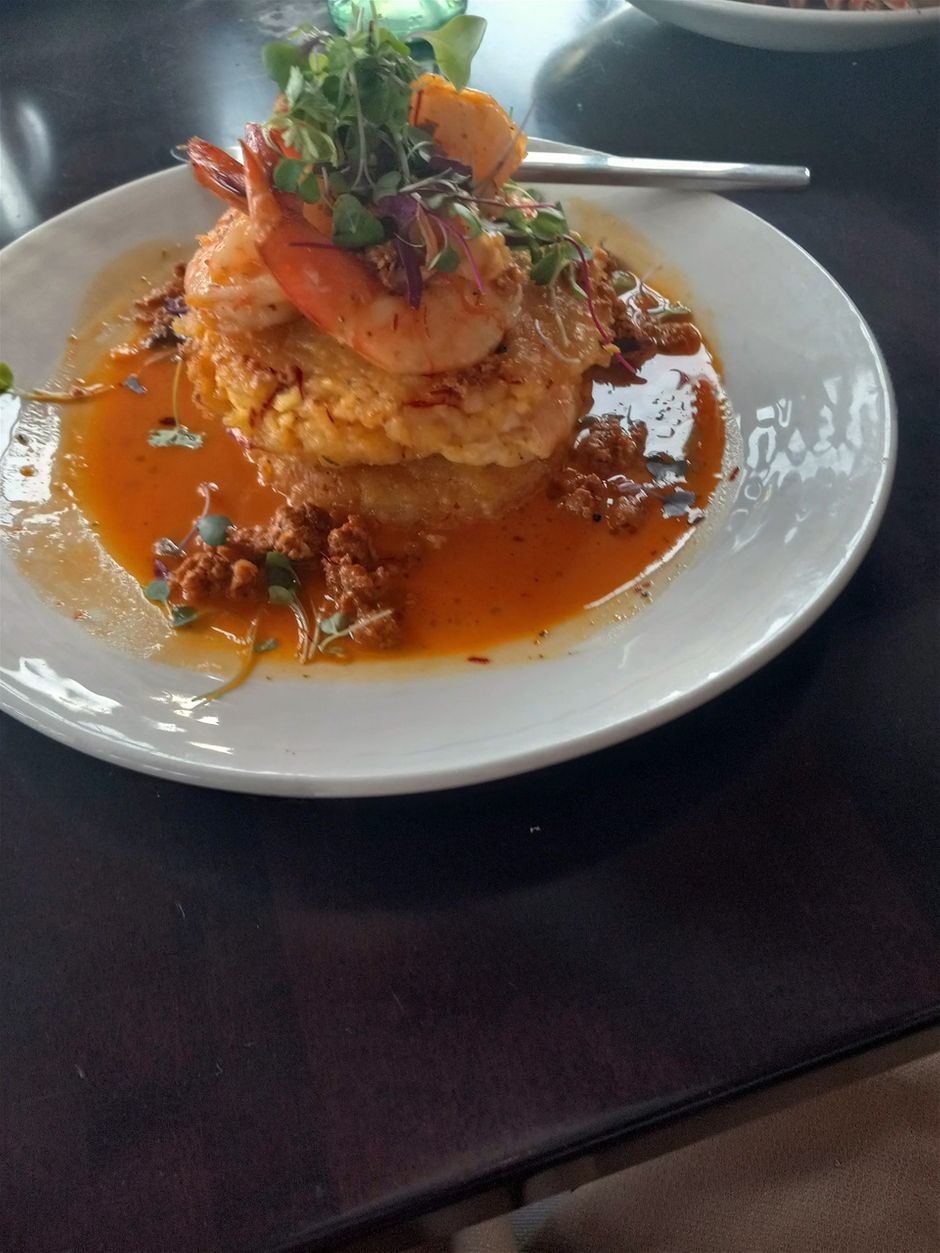 One of my favorite restaurants in Albuquerque is Ten 3. The meal I order there is much like Spanish Paella but the rice has a really fine texture like a risotto. This dish also is a little saucier than is Paella and it had only the jumbo sized shrimps (I think there were 6 shrimp.) Spanish Paella usually has several kinds of seafood in it and sometimes choriso but this Gambas Torrez had only the shrimp. I hope it is always on the menu because I always want to eat this on my wifes' birthday. Ten 3 restaurant is on the top of Sandia Mountain. My wife orders the Ribeye. It comes with vegetables in a Southwestern type sauce. Executive Chef, J. Martin Torrez, is an Albuquerque native who has won awards for his American and International Cuisine that has a New Mexican touch. My Gambas Torrez cost $43 and my wifes' Ribeye cost $51.