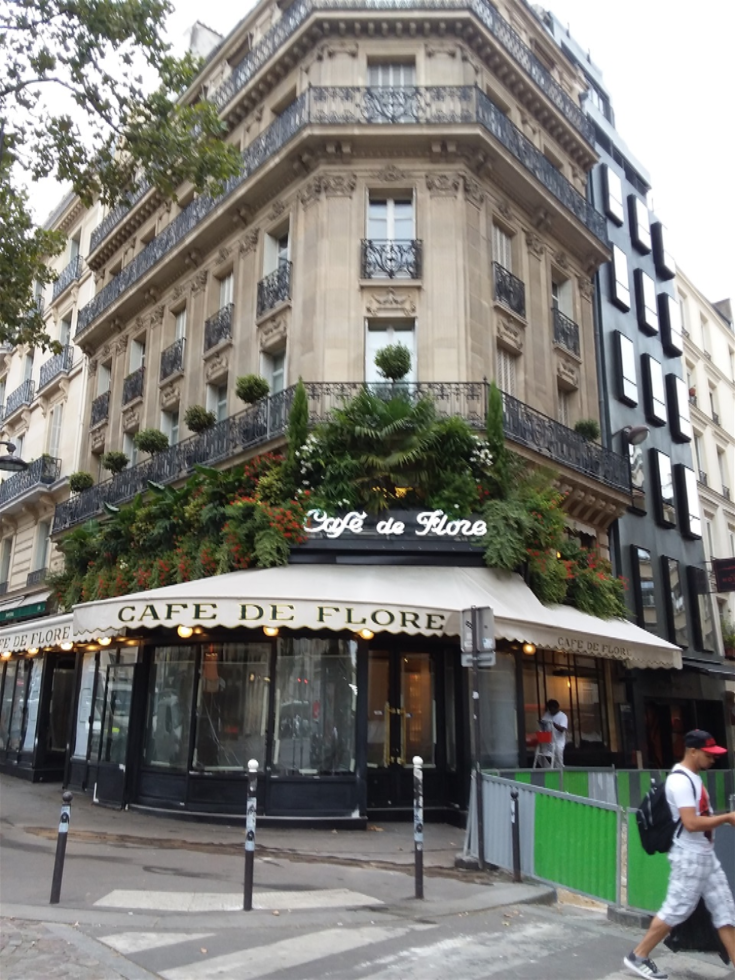 One of Earnest Hemingways' favorite places to drink while writing. This is in the Saint Germain des Prés area of Paris where several of his favorite places were. Cafe de Flore is one of the oldest restaurants that has been continuously in business in Paris. Besides Ernest Hemingway,many aspiring and famous artists have congregated here. It has been open here since around 1850. Charles Maurras wrote the book, "Au Signe de Flore" here. The Chinese Premier Zhou Enlai also ate here while he was living in France around 1925. Pablo Picasso and Robert Desnos were also regular customers here. I tried to eat breakfast here one morning but it was closed for a week or two for a remodeling project. So I went to one of its main rival establishments called Les Deux Magots. I have a few photos from that restaurant posted on another page of this website.