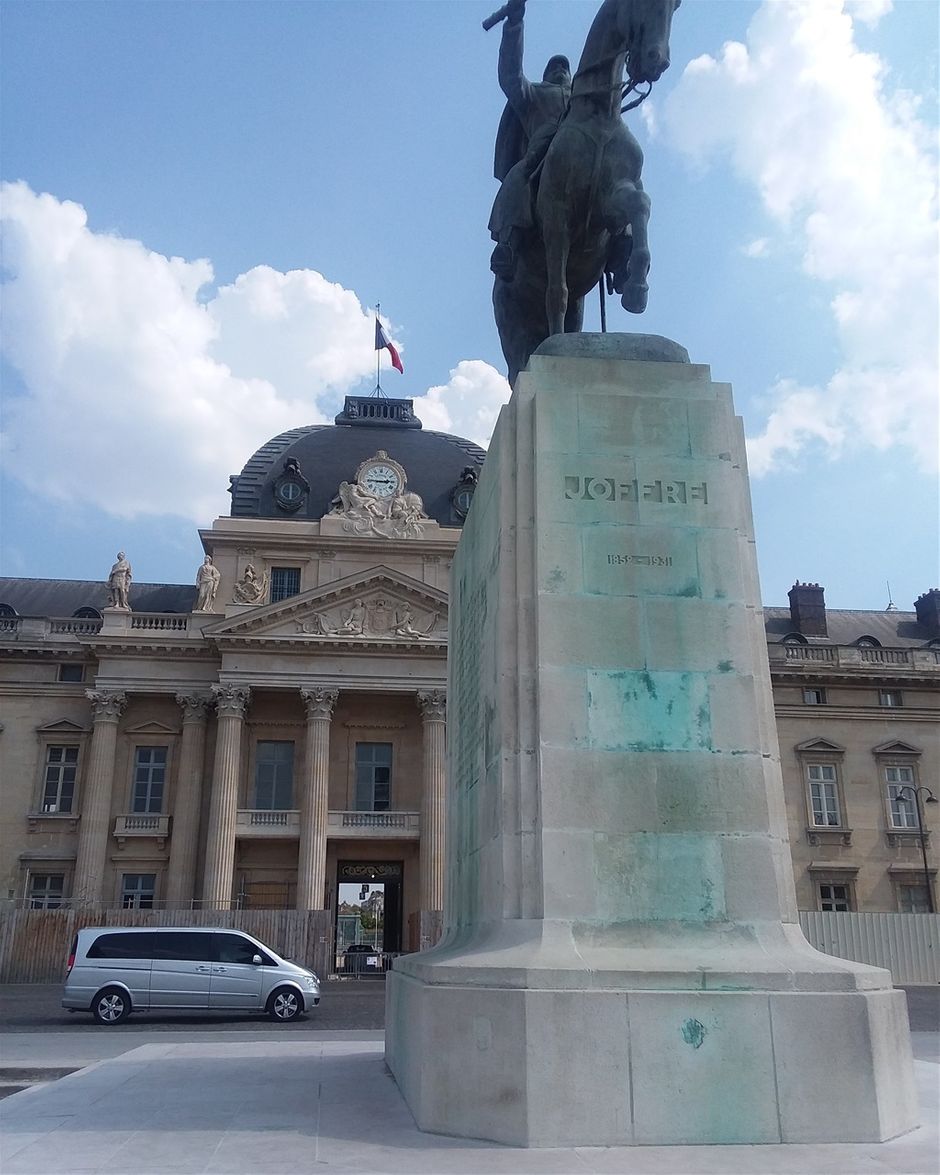 Joseph Jacques Césaire Joffre was the French Military commander who brought victory for the allies against the Germans in 1914 during the battle of the Marme after he was able to bring the allies together again when they were about to retreat. He became a national hero and was awarded several medals and rewards from several different countries in his military career. He died in Paris but was not buried there so my photo is of a memorial to him in front of the Ècole Military rather a photo of the gravesite. He died in 1931 when he was 78 years old. He wrote a 2 volume memoir which was published in 1932 just 1 year after he passed away. He was actually buried at Louveciennes, France because he had an estate there.