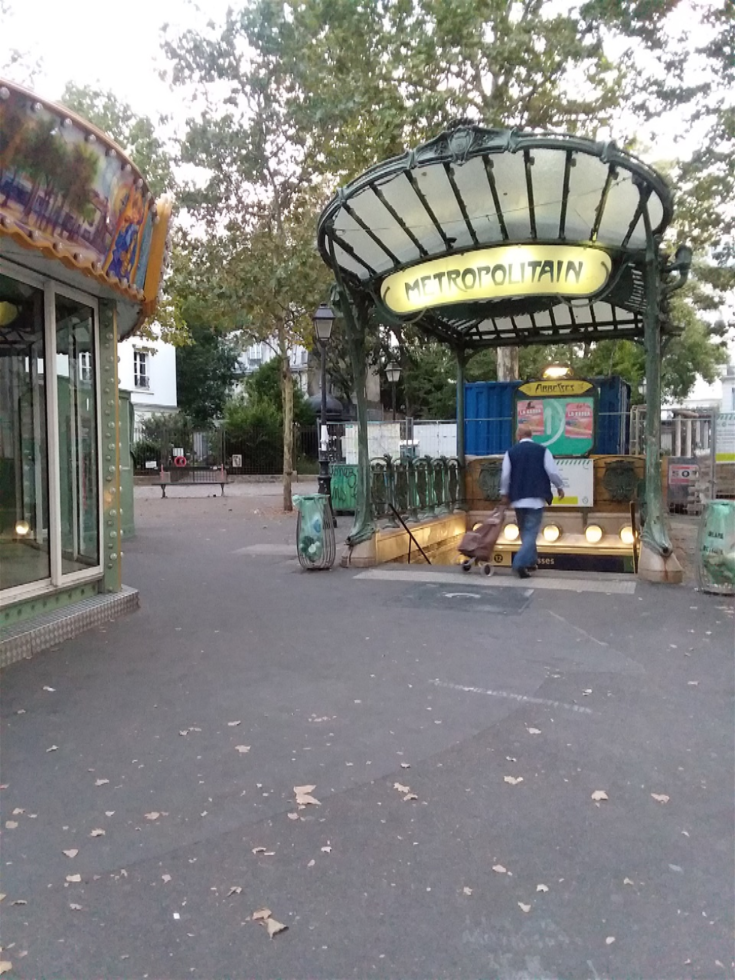 If you use the Paris subway and come up at the Abbesses metro stop, you will have one heck of a climb because this is the deepest of all the metro stops in Paris and it really is a very long flight of steps. Yes, there is a real carousel on the left. The climb from the subway to the surface is at least 115 feet. This stop is on line 12 in the west side of the Montmartre neighborhood of Paris. Its name comes from the nearby Abby called Dames de Montmartre. The renowned Hector Guimard designed the entrance as he did for many metro stops in the city. This glass covered entrance was designed by Guimard for the Hotel de Ville metro stop but it was moved here in 1974. There were originally 150 of these Guimard designed metro entrances but only about 85 now exist. These should remain in place for many years because they are historic monuments.