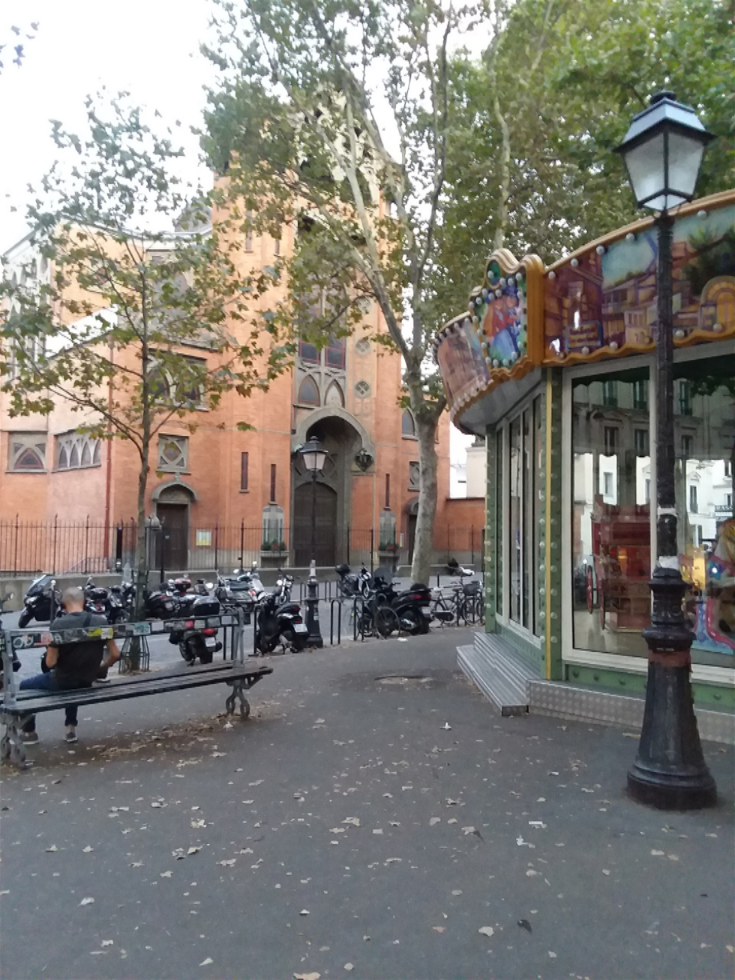 Another view at the Abbesses metro stop and Place Abbesses in Paris, looking across Rue des Abbesses. The carousel can be seen better here. The lovely church is the Saint Jean Evangeliste de Montmartre. This church or parish, was constructed in 1894 through 1904. There is a legend that Saint Denis was martyred here. Having been decapitated, he bent down, lifted up his head, and walked away. That is why there are many statues of Saint Denis carrying his head throughout Paris. The Abbaye Royal de Montmartre where the Benedictine Nuns lived had stood here until it was torn down by revolutionaries and gypsum was then mined here for awhile. Now it is one of my favorite squares in Paris. There are only 3 of the original Hector Guimard metro constructions remaining in paris after all, and one of them is here. They exemplify the Art Nouveau school of artistic creation and the Saint John the Evangelist Church also features the Art Nouveau style.