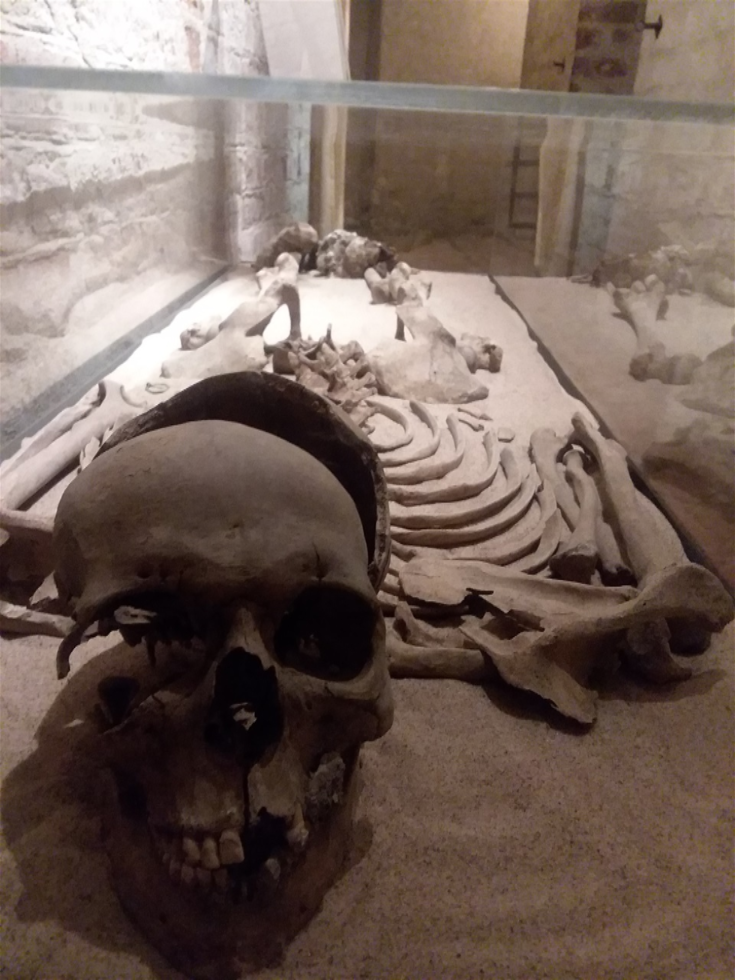 This skeleton was unearthed in Malmö castle and can be seen on display here in a small room next to the quirky room pictured above in the previous photo. James Hepburn, who was the 4th Earl of Bothwell, was a prisoner here from 1568 till 1573. King Frederick II of Danmark ordered his arrest because it was believed that he murdered Henry Stuart who was the 2nd husband of Mary, Queen of Scots. James Hepburn was the 3rd husband of Mary Queen of Scots (also known as Mary I of Scotland.) Prisoners were also kept in a dungeon here and many were beheaded. I do not know if this skeleton was one of the prisoners from 1800s. There were also something like 12 skeletons discovered underneath Kalmar Castle which were dated to about 500 years old. Only 2 of the buried bodies were in coffins, the others were buried under the castle wall. I do not think this skeleton is from that find because Kalmar Castle is a different castle from Malmöhus and they are intended to remain in the Swedish History Museum in Stockholm.