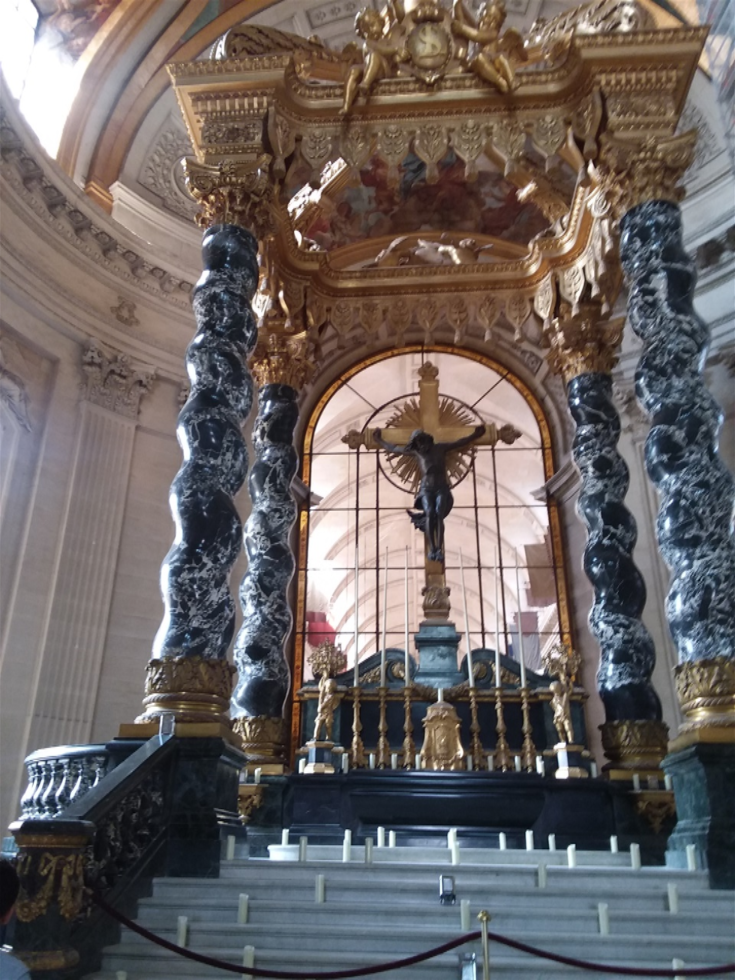 This altar in the Dôme des Invalides is a reminder that this used to be a church before it was created as a mausoleum for Napoleon Bonaparte and some of his family members and military figures. The crucifix was created by Henri de Triqueti. I never heard of that artist. He created it for what was then the Èglise Saint-Louis des Invalides which was a chapel for military veterans completed in 1679 or he created it for the royal chapel that was also built here. When that first chapel was completed, King Louis XIV ( the "Sun King") commissioned Jules Hardouin Mansart to have a royal chapel built and it was called the Èglise du Dome and it was completed in 1706. The dome itself is gold gilded and has been regilded several times with real gold. Maybe somebody will do that for me when I die 😄...Louis Visconti was commissioned to redesign the center of the church when it was converted into a mausoleum for Napoleon Bonaparte's remains.