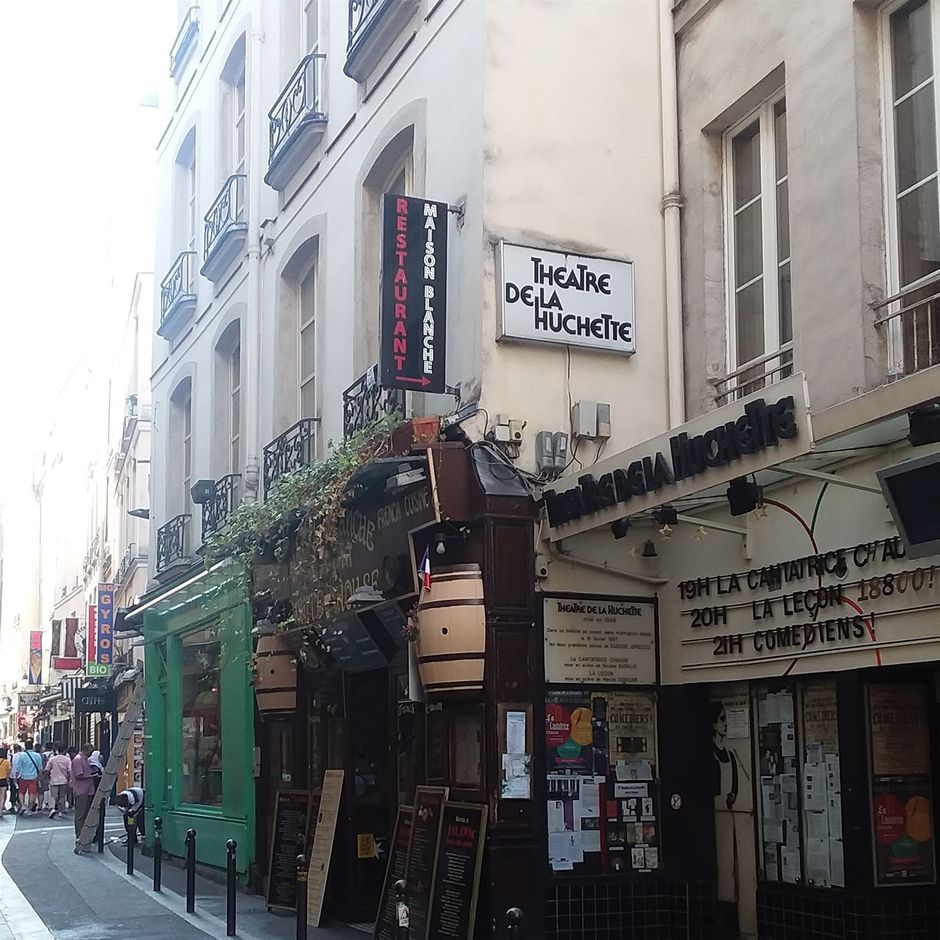 Elliott Paul was an American expatriate journalist who wrote a book about his years living in Paris. He lived on Rue de la Huchette and his book, "The LAST Time I Saw Paris " is a witty description of life on Rue de la Huchette and the people who lived there between the 2 world war periods. This theater has had performances of the 2 plays, "The Lesson" and "The Bald Soprano " since 1957. They do perform other plays here at times but these 2 plays are performed here in perpetuity. Théâtre de la Huchette is wheelchair accessible and the price of admission is usually around 10-30 euros. It is a small theater and although it is mainly a venue for the two above long running plays, there are some other performances like jazz sessions. To see the 2 main attractions on the same day, you will pay $40 euros. It is in French though.