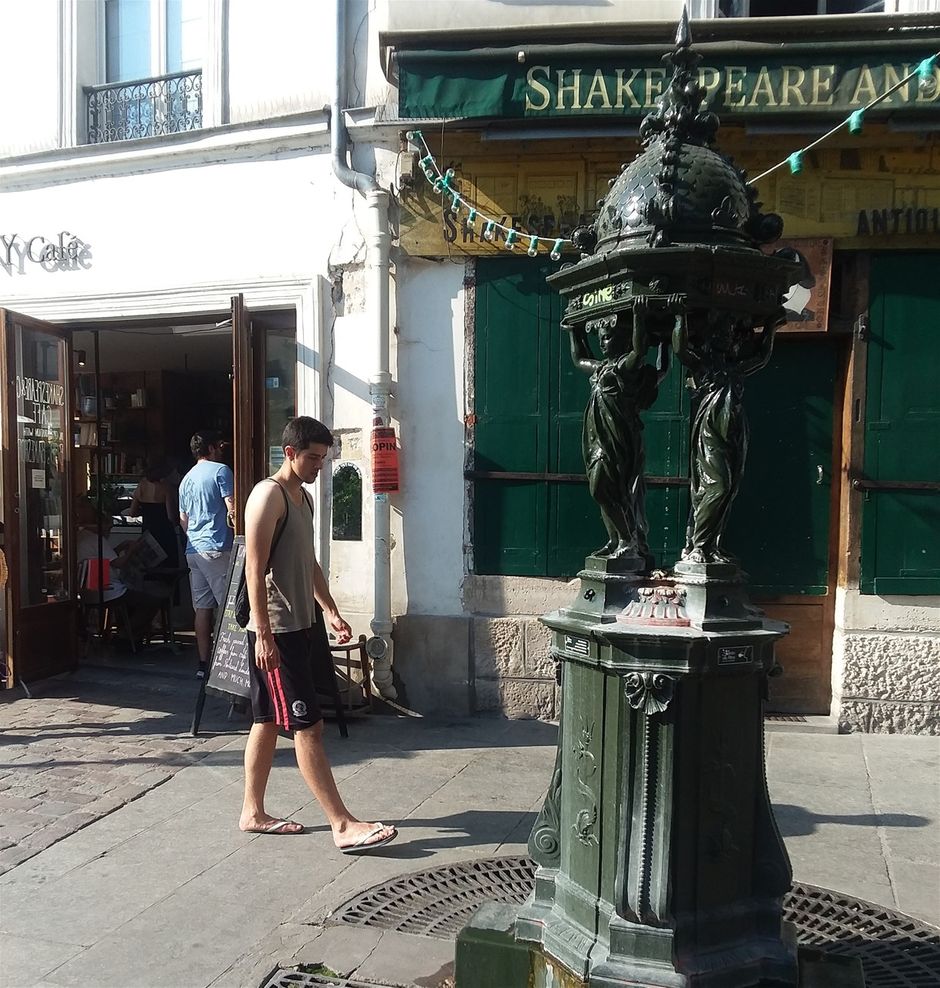 I took a photo of this Wallace fountain while I was waiting for Shakespeare and Company book store to open. There is water flowing through this Wallace fountain and I have seen people drinking water from these fountains several times so it must be good to drink. I did not though. They are much used as public drinking fountains by the Parisians. They are made of cast iron and can be found throughout Paris. They are usually painted with the Paris green but a few are of other, usually bright colors. Although they were designed by Charles-Auguste Lebourg, they are named after Richard Wallace because he put up the money for their creation!! They are considered one of the symbols of Paris. For homeless people of Paris, these fountains provide one of the few sources of free water that is potable. So Richard Wallace was able to "kill two birds with one stone" with the fountains by providing free potable water for the homeless and transient population and by providing beautiful sculptures throughout Paris for all people to look upon.