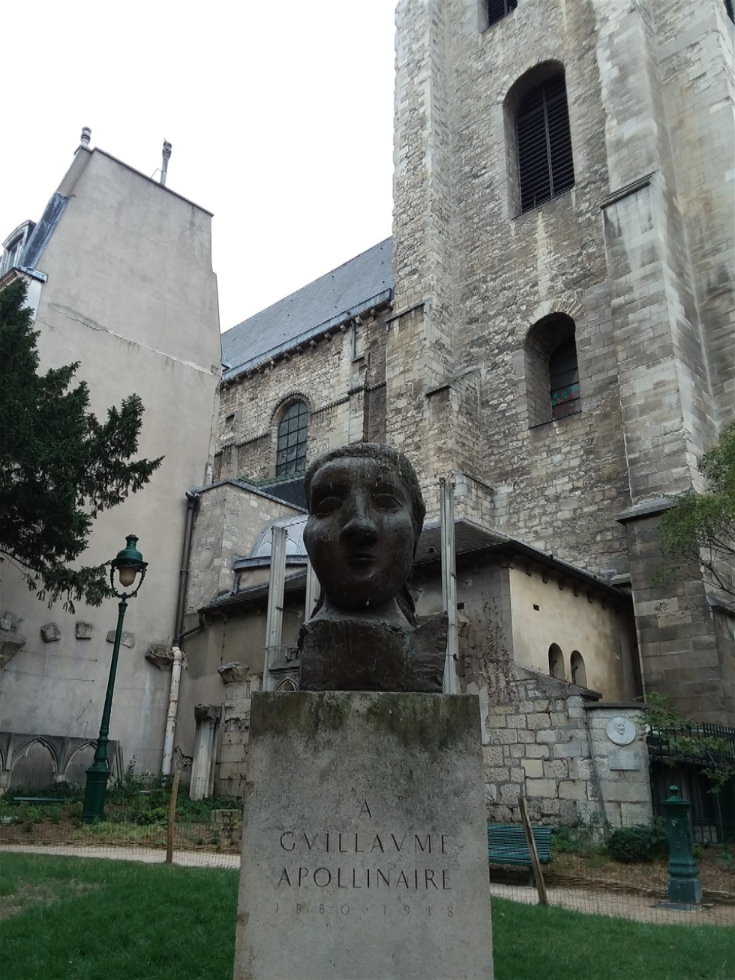 This sculpture is outside of Èglise Saint-Germain des près. This is a memorial to Guillaume Apollinaire and Pablo Picasso is the sculptor of this sculpture. 🙂 The subject posing for the bust was Dora Maar who was a companion of Pablo Picasso. Guillaume Apollinairer and Pablo Picasso were friends. Dora Maar was a photographer and painter from Yugoslavia who met Pablo Picasso in 1935 or 1936. They worked together but they also became lovers for about 9 years. My favorite restaurant to eat a nice omelet natural for breakfast is "Cafe des Deux Magots". Picasso and Maar (surname was really Markovitch) met at this restaurant. Picasso was asked to contribute a memorial sculpture of the famous poet, Apollinaire, but there was a delay in the submission of the memorial work of art by Picasso because his first submission was rejected as too abstract (what did they expect from a surrealist artist like Picasso). Eventually Picasso offered this monument to his friend (who died of influenza shortly after world war I) using the bust of Dora Maar rather than sculpting a new bust of Apollinaire. And it was accepted!! Now THAT is surrealism, or probably more appropriately Dadaist.