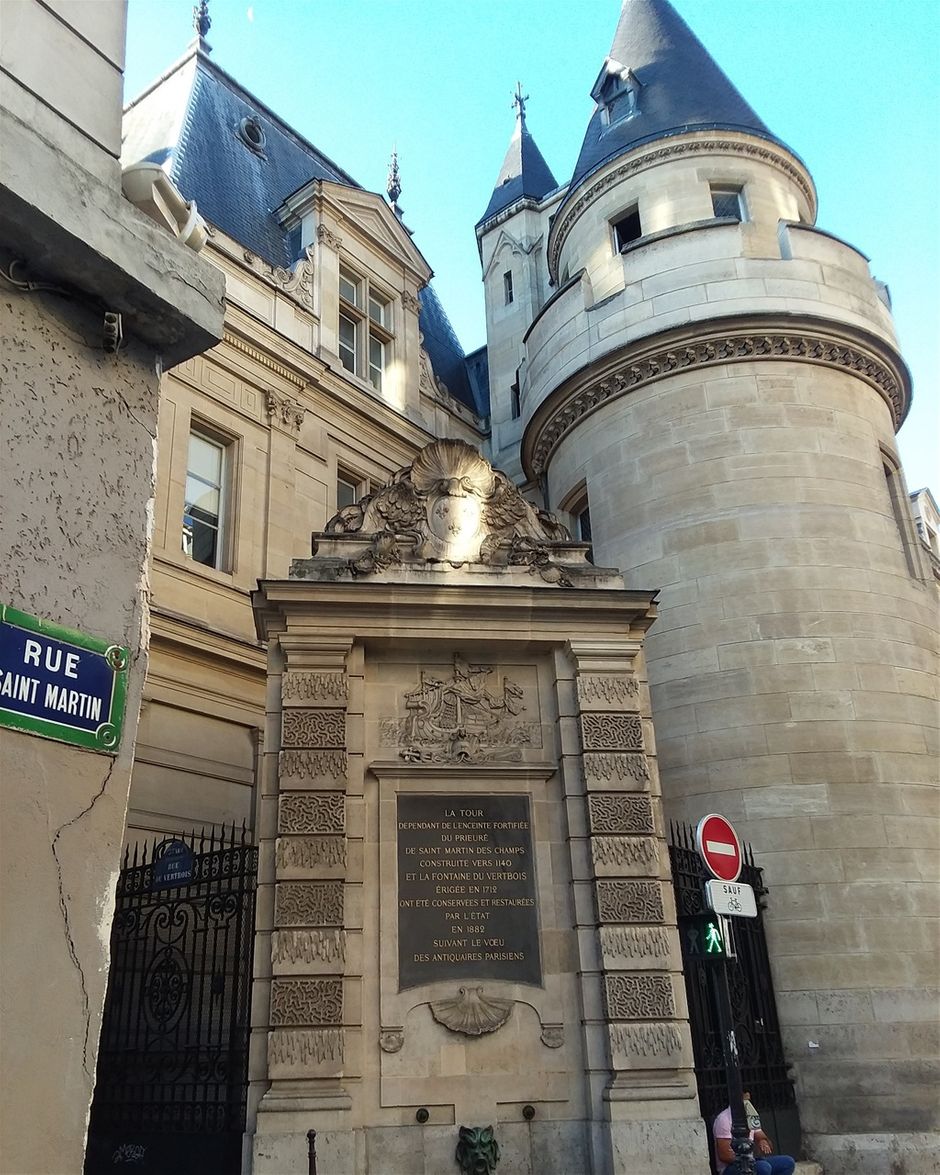 Fountain Vert Bois and the Priory of Saint Martin des Champs. The dates refer to when the Tower and fortified enclosure were built, when the fountain was erected, and when a restoration project was completed. The des champs portion of the title indicates that the Priory or monastery was built outside of Paris in the first millennium of the common era. The complex was originally much larger than it is now since only the priory church and the nave (completed around 1250) still stand. Of course, it is now completely surrounded by Paris. The last authorized trial by combat took place here. It was authorised by the King Charles VI and by the Parliament and took place between Jean de Carrouges and Jacques le Gris. The former was a knight who governed estates in Normandy and the latter was a knight who was once a friend of Sir Jean de Carrouges while they both were connected to the Count Pierre d'Alencon. Jacques Le Gris was actually knighted on the field of combat so that he would have the same status of knighthood just in case he won the duel. That way Sir Jean de Carrouges would not lose to a combatant of lower status. Le Gris lost though, after a fierce battle with lance and sword. The fountain and plaque that I photographed here can be found at 323-325 Rue Saint-Martin. This is at the intersection with Rue du Vertbois (kinda makes sense doesn't it?) King Louis XIV commissioned the building of the fountaine and the water used to flow from the mouth of the lions' head towards the bottom of the structure. It was set to be demolished 2 times but due to the fact that actual potable water flowed from it, it was saved and restored around 1850 (when Baron Haussmann was demolishing much of Paris to rebuild it in grand fashion) and around 1875 when antique dealers along with Victor Hugo again saved it. Victor Hugo wrote that the fountaine should not be demolished but the architect who sought its destruction should be demolished instead. The architectural style is considered as Neoclassical and the architect was Pierre Bullet and he was commissioned to build it by King Louis XIV (the Sun King).