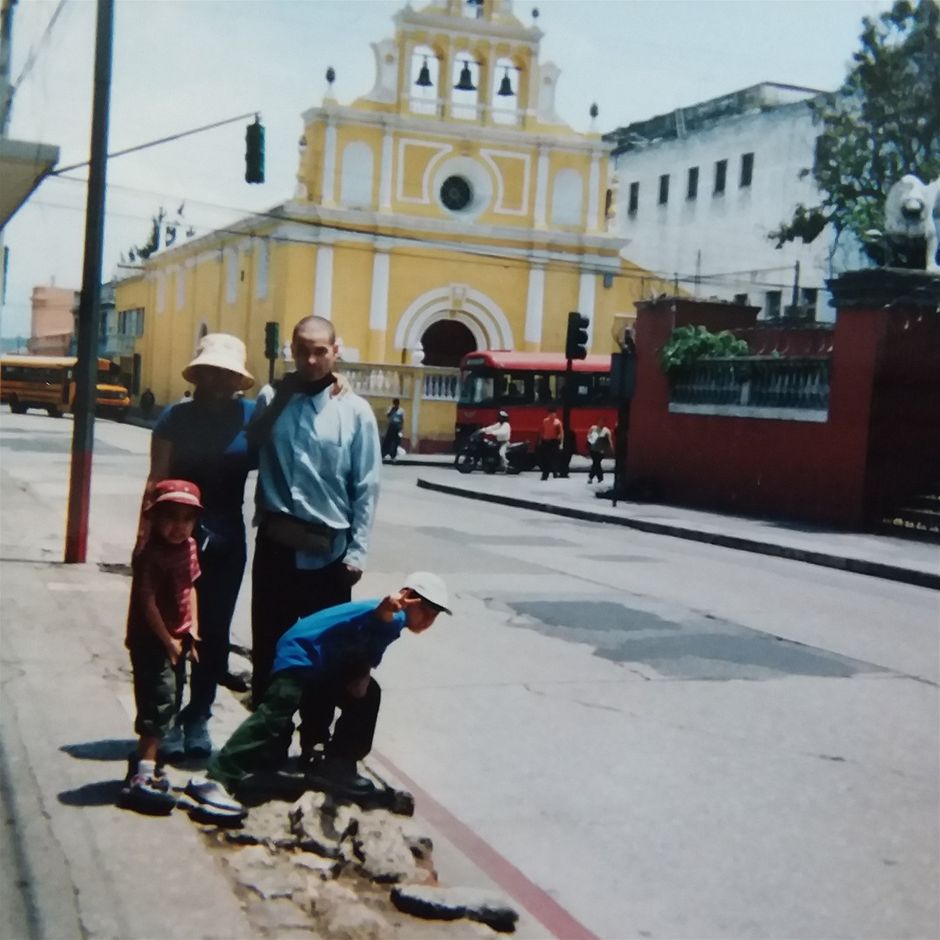 The first time my sister ever left USA was when I brought her to Guatemala. It is so inexpensive to travel to and live in Guatemala that I knew my sister could afford the trip. ANYBODY can afford Guatemala 😄😄😄. We visited Guatemala City, Antigua, Lake Atitlán, and Volcan Pacaya. She can not be seen in this photo because she is making this photo so I can be photographed with my family which is a rare event for us because I am almost always making the photos posted on my website...We booked our trip to the Pacaya volcano while we were staying in Antigua. Volcan de Fuego, Volcan Atenanchango, and Agua Volcano are also in the area of Antigua. This is a fairly small to medium sized city that was a Spanish colonial capital in southern Guatemala. It was the Spanish capital for about 200 years but an earthquake in 1773 destroyed much of Antigua and it lost its status as capital. Guatemala City is now the capital with its international airport that has flickering lights and electrical outages like a true third world or developing country. I am sure that improvements have been made since the year we were there. Antigua was founded in 1542 and has a lot of beautiful architecture, much of it built in a Baroque style. There are many cobblestone streets in Antigua and the city is much more cozy that the huge metropolis which is Guatemala City. We spent much more time in Antigua and at Lake Atitlan than in the capital city. I imagine that most tourists do the same. There is even a large ruins from around 1550 in the middle of Antigua. This is even a UNESCO Heritage site. Many of the buildings that were destroyed by earthquakes have been authentically restored and ruins of some buildings can still be seen throughout the town. Santo Domingo Del Cerro free open air sculpture park is in Antigua. It is especially dedicated to the art works of Efrain Recinos who is a celebrated sculptor of Guatemala. The Arch of Santa Catalina is an iconic landmark in Antigua which is also one of the most photographed landmarks in the town. Near the arch is a market place where many textiles of this region are sold. The textiles are obtained directly from those who craft them. Wooden masks and images along with bead works can also be bought at the market. The market is large and it is known as Nim Po't market. Antigua is so wonderful that many people from other countries have moved here (bringing up real estate prices but also improving infrastructure for everybody).