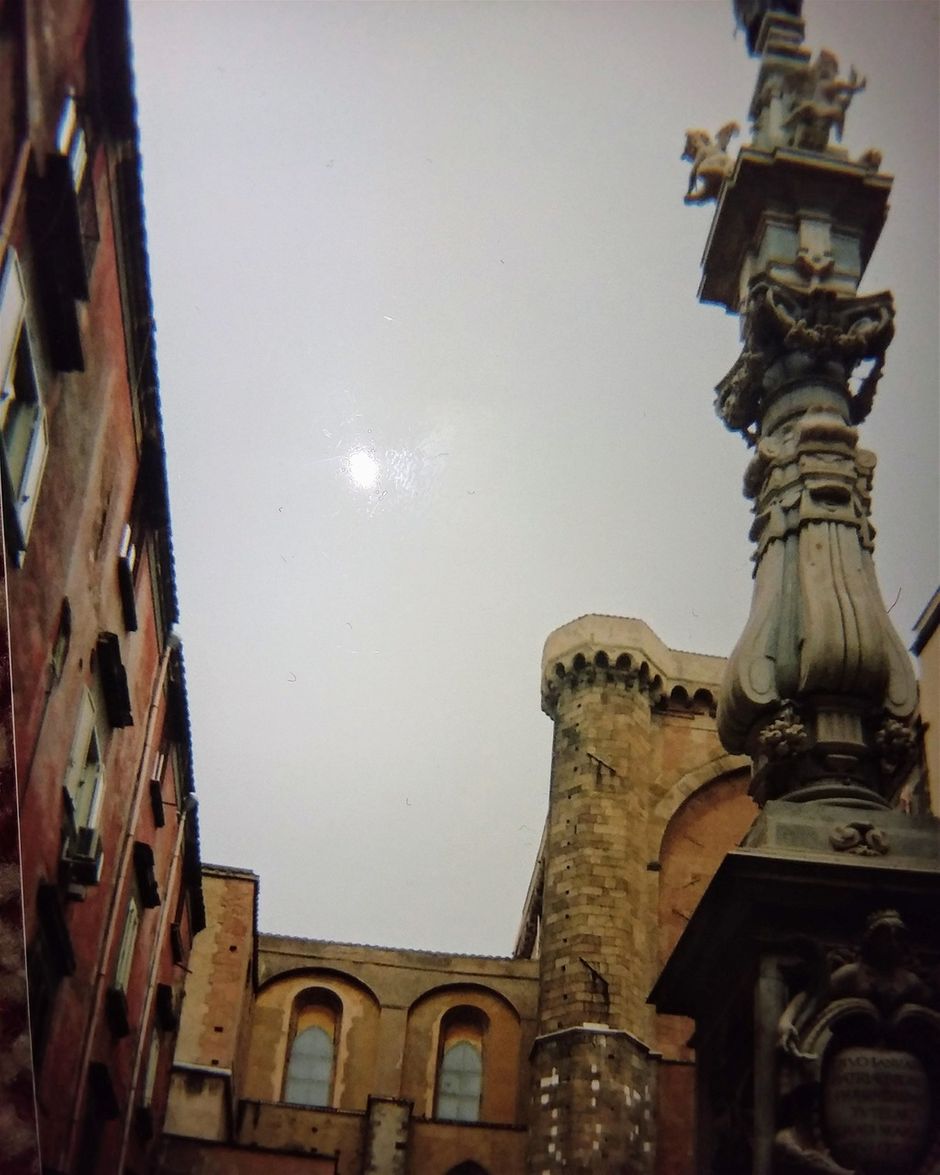 Walking the streets of Napoli and taking photos of the many medieval buildings and sculptures with the one time processing throw away cameras that I always traveled with before the days of cellphones. European cities have restored many of their medieval buildings and many villages have retained their medieval architecture and it is just a matter of choosing one or two and visiting for a few days. These medieval historical quarters in the older European cities and villages will provide everyone with thousands of photo opportunities. Napoli, or Naples, is considered to be in southern Italy although it is not very far south of Roma. It is the capital of Campania state or province. It is a port city and the port is known as Mergellina Port. When I stayed in Napoli, I stayed 2 nights on Piazza Garibaldi and 1 week in the historic district. Piazza Garibaldi is not especially lovely and not at all cozy but it is surrounded by many shops, restaurants and hotels. The best thing about Piazza Garibaldi is that there is a very large outdoor flea market where many items like clothing and umbrellas can be bought. (Yes, that is what I bought there). It is a noisy plaza indeed. The historic district (centro storico), on the other hand is wonderfully quaint, artistic, cultural, and cozy with several small plazas for relaxing and people watching. It is the largest historic center of any other European city and feels much like a medieval village.with very narrow streets and towering churches and arches. It is a UNESCO World Heritage site. Pizza originated in Napoli so do not listen to anyone who states otherwise or makes similar claims, because THIS is the real source. There are a few castles, churches, and palaces that were built in medieval, renaissance, and baroque styles. In fact, there are about 450 churches in Napoli that are historical. Many of the churches were sponsored by royal families. Some churches even have incorporated building remnants from earlier Greek and Roman temples. (Yes, the Greeks and Romans were here first. The Greeks called it Parthenope around 900 BCE. and then the name changed to Neapolis by the Romans I believe). UNESCO states that the Centro Storico of Napoli has "Outstanding Universal Value" as found in such elements like the Aragonese walls, palaces, residences, and government buildings that are in a fair state of conservation. There are some streets in this neighborhood that are dedicated to artistic and cultural crafts. One such street is Corso Gregory Aremani which is dedicated to Christmas related art works. It is lined from one end to the other with hundreds of crafts, an arch which crosses overhead, and a convent that is still functional, all with an atmosphere of a bygone age. Also cited by UNESCO is the fact that the building up of centro storico was done with distinctive, local materials and restoration is carried out with the techniques that had been developed in the times when the ancient city was being built.