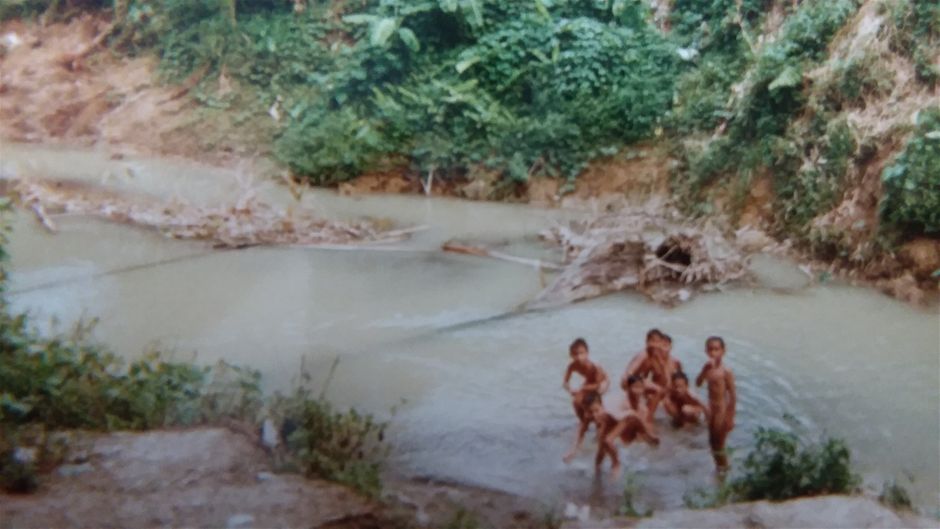 When I was ready to go to Malaysia, via Hat Yai, I told the head monk that I would be leaving the next day. He asked me if I could return to the monastery and bring him a canteen. I told him that I would. A student asked me when I was going to return and I told her that I iwould return as soon as I could. I left about $200 dollars for the temple and the head monk arranged for a motorcycle ride to bring me to the train station. It was a very short ride and I could easily have made it into Malaysia that day but I decided to explore south Thailand for a few days so I checked into a hotel. After trying several restaurants and visiting several temples in the region, including a mountain temple in Yala, I decided to seek out the share taxi to Penang, Malaysia. The share taxi was a van that seats about 12 passengers.From Hat Yai to Penang it is only about 3 hours of driving. It was only about one hour to the border between Thailand and Malaysia. At the border with Thailand and Malaysia, we had a short stop were the border agents checked our passports. After we were cleared to enter Malaysia, we had a short ride to a stop where we were to eat lunch. There was a buffet available and the Malaysian dishes looked really appetizing so I chose the buffet. It was a very good buffet.After lunch we had a ride of approximately two hours for arrival into Butterworth, Malaysia. From Butterworth, there are three options to getting to Penang Island. There is the super long Penang Bridge and there are also two ferries. One ferry is the Pangkalan Raja Tun Uda Ferry and the other is the Belawan-Jeti Swettenham Ferry. The latter ferry takes passengers to the neighborhood where the Tourism Malaysia office is located just north of Queen Victoria Memorial Clock Tower.