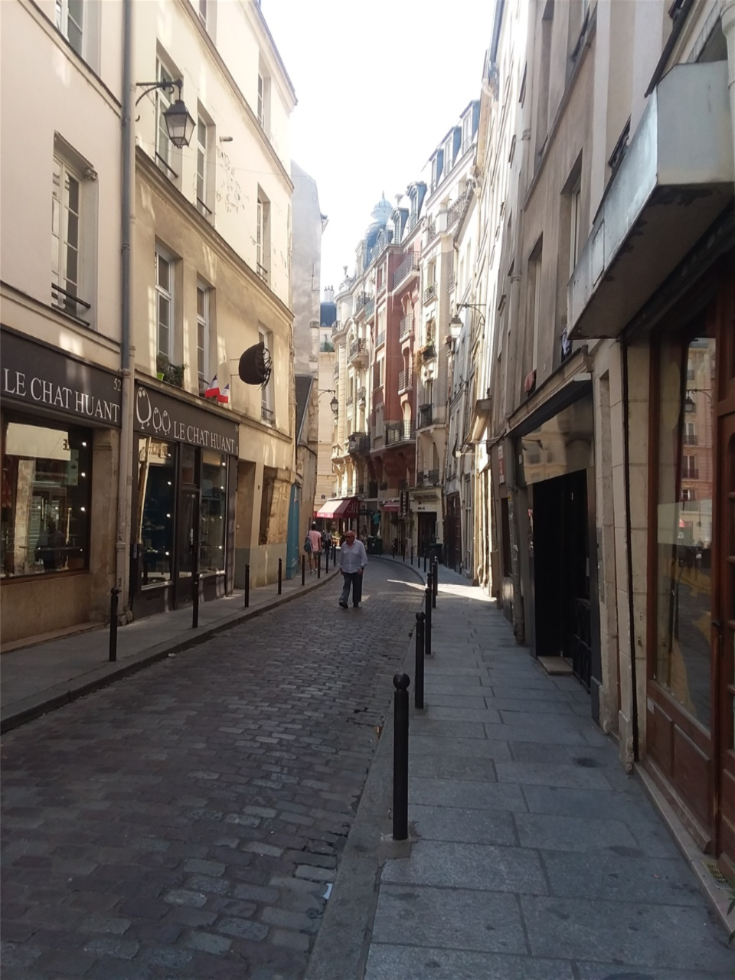 This is Rue Galande. It is an ancient road. The Romans made this road for travel between Lyon and Paris. The oldest sign in Paris is here. It is a bas-relief sculpture of Saint Julien l'hospitalier in a boat. I guess that is why the sign lasted so very long, because it is made of stone. Saint Julien had been living a life of penance for the mistake he made when he killed his parents. At this time, Jesus is said to have appeared to him as a leper and he forgave him. There are medieval houses that still stand here. I believe this street would be considered within the Latin Quarter of Paris; probably the northeast area of the Latin Quarter which takes its name from the College and University life that has surrounded the Sorbonne for several hundred years.