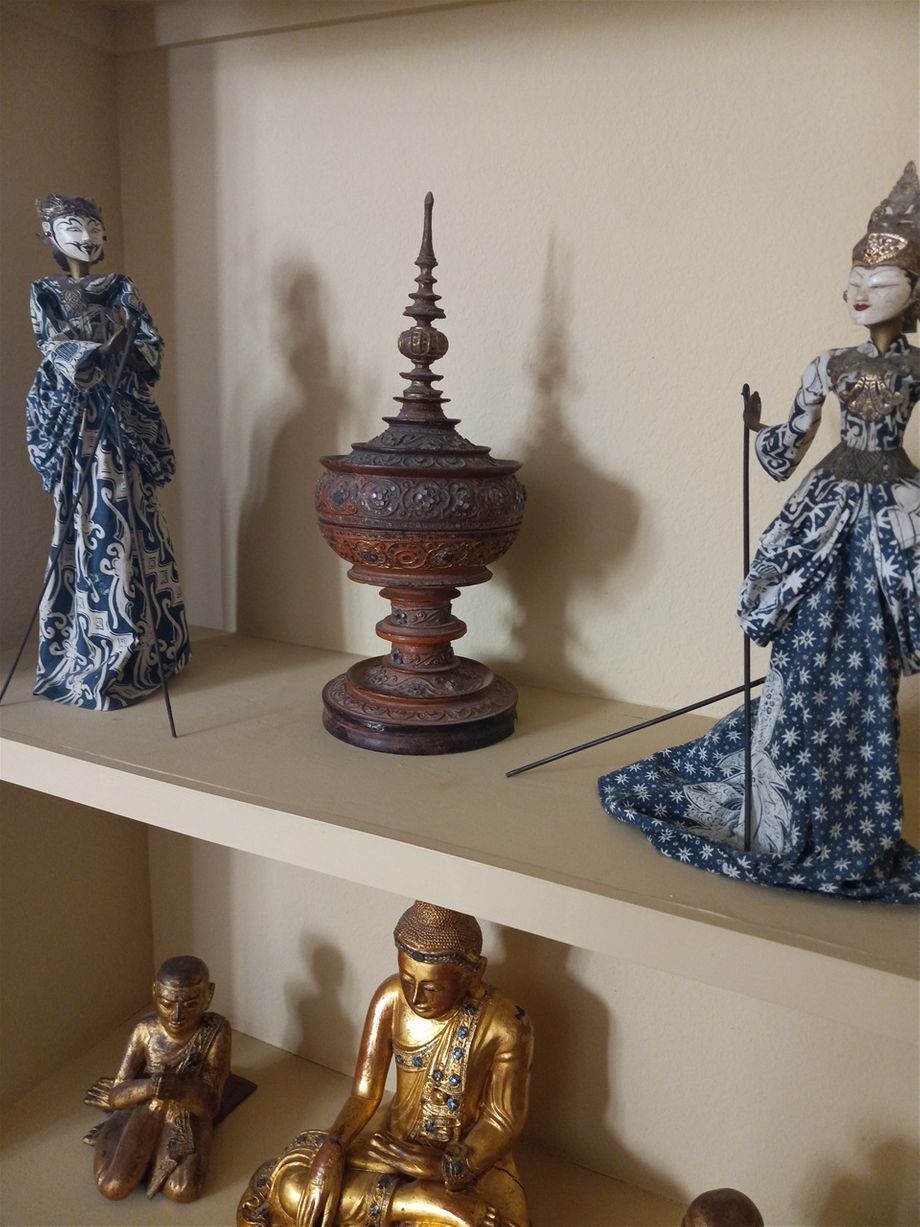 While in the ICN airport, I was hot and sweaty so it was not good news that our flight would be delayed for about one hour. it was not too bad though, because I dozed off. The waiting room we were in was a sparsely furnished square room with only about 20 straight rows of folding chairs and a podium type desk near the door we went through to enter the plane. I sat on a chair in the very front row of chairs waiting to be called to board the plane but I did sleep a little. I remember the call to board the plane and we all just queued up. We waited a few minutes and then, one by one, we entered the plane in the order that we had been standing in line.

It was 3:10 Bangkok Thailand time. I was sitting and writing this at the ISCKON Temple on Sai Pattaya Ostho near the General Post Office on New Road. I had met a Krishna devotee in the Taipei Taiwan airport which was a stop over location after Seoul Korea. We decided to team up and look for this temple together once we left the airport north of Bangkok. We paid only about $4.25 each for the taxi ride. The taxi driver was friendly and efficient, quickly getting us to the General Post Office where he dropped us off. We found the temple by asking people we saw in the streets for "Krishna Temple". It took us little more that five minutes to find the temple. Then we were both able to relax; sleep.

I did not sleep a lot the first night in Bangkok.

sleep for about three hours

so at least I got a good nap. Feeling fine, I took a cold water bucket bath; clean, shaved, different cloths. We were only four streets east of the General Post Office. I was able to quickly find some post cards for communicating with grandma, Vanessa, my dad, and Great Aunt Eddie. It was almost 7:00 in the morning and I did not want to spend much more time here after the morning kirtan service and breakfast of prasadam. I figured what I could leave as a donation to the temple and moved out into the excitement of Bangkok.

After the nap, we woke up for Arati and kirtan. This takes about half an hour here. In larger temples, it can take much longer. There are only a few devotees in this temple. After kirtan, we had a Bhagavad Gita Reading Class after which we ate prasadam. They were asking me to stay at the temple for a couple of months. Of course, I can not. I decided to stay here two more days and then I would continue on. I was thinking about a train ride south.

I returned to the small ISKCON temple before it got dark. I was hot and sweaty so I had to bathe. Then I could eat some prasadam and relax the rest of the night. I sat and wrote about my day in Bangkok. I was up and down the Chao Praya River and I spent a lot of time in Chinatown. Bangkok has one of the largest Chinatowns in the world. A great number of the Chinese immigrants are of the Teochew ethnicity. Guan Yu Shrine is worth visiting as are some of the excellent restaurants. Upon returning to the temple, I took a nap.

My next excursion in Bangkok was up the Chao Praya River. The first destination was the Si Sao Thewes Market where I did my Tai Chi Chuan. This market is in the Dusit area of Bangkok. It is close to the Sukithai Palace and the Dusit Palace complex. This market is a typical market with fruit and vegetable stalls along with merchandise shops that surround the area. I ended up at this market only because it is located in the vicinity of the boat landing where I exited the ferry boat I was traveling on. The stalls do display the price of the fruits and vegetables but the prices are in Thai Bhat. After I left the market, I walked down to where the Grand Palace is located. It took me about 40 minutes walking down Samsen Road, past a canal, a 7-11 store, and a second canal to Phra Sumen Road. Then there was a right turn towards Soi Lumphu Road (actually I think Soi means Road) which merges into Phra Athit Road. By this time I was walking along the Chao Praya River, passing Phra Sumen Fort, Phra Pinklao Bridge, National Museum Bangkok, and Silpakom University. The Grand Palace is magnificent with several buildings of traditional architecture. I paid an entrance fee which may be about $10 USA. This was originally built as the residence for the kings of Siam around 1782. Since around 1930, this palace has been used for official events with the kings now residing in a Dusit Palace.

After leaving The Grand Palace, I started walking down Saman Chai Road to Wat Po. On the way there, I entered a large field because a mountain of stereo speakers came into view. People were standing or walking around the entire field. This field is Saranrom Palace Park and it is located between The Grand Palace and Wat Po. Some people were playing a game with what looked like a soccer ball. They kicked the ball like in soccer and struck it with their elbows. The contestants formed a circle while they were trying to get the ball into a net which hangs between three hoops. It was nice relaxing here, watching the game and listening to the loud music. After two or three hours, I walked to Wat Po.

The Wat Po complex is massive with beautiful, traditional architecture. It has a massage school and the world famous Reclining Buddha as well as many artworks. I spent a couple of hours there taking photos of buildings and monks. Wat Po is also called Temple Of The Reclining Buddha. The name Wat Po is short for "Wat Photaram". It is one of the six "Highest Grade Of First Class Royal Temples". Some cremation ashes of King Rama I are interred here as he had a good part of the temple complex built since 1788. After two or three hours I returned to the ISKCON temple so I could plan my excursion to Kanchanaburi. It might be time for a bike ride.