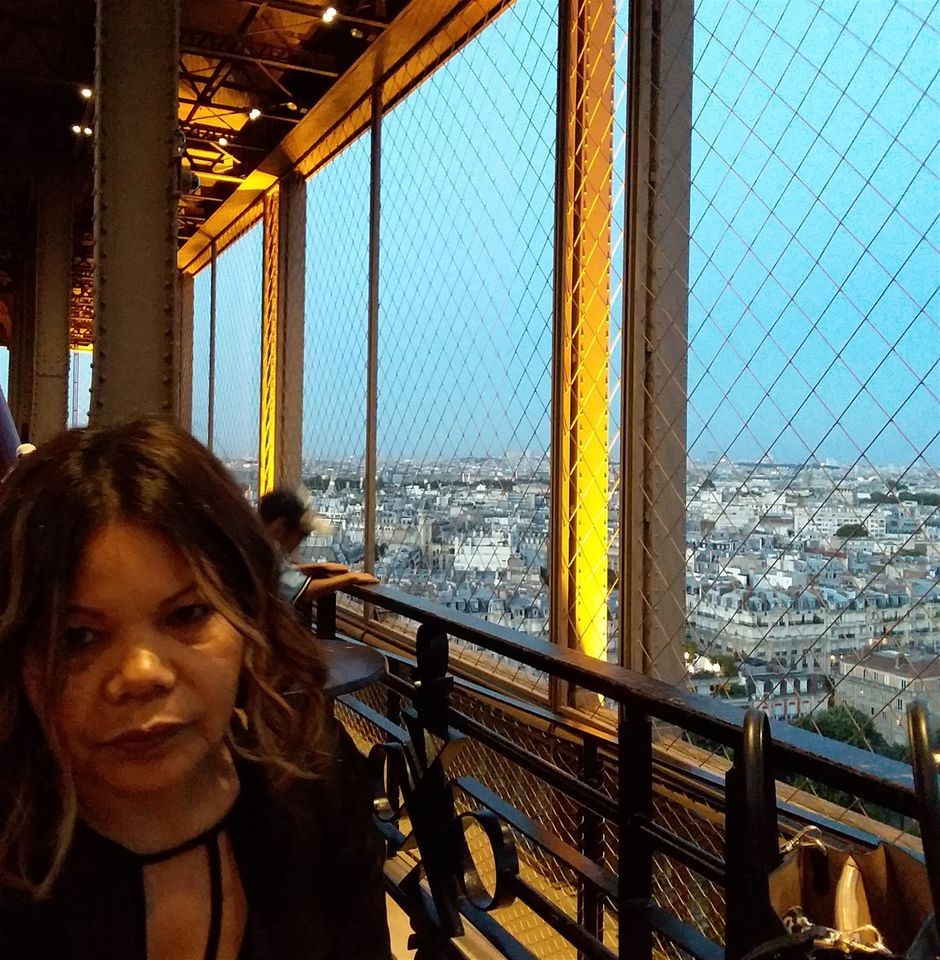 On the promenade of the Eiffel Tower second level. As dusk approached, the golden lights of the Eiffel Tower added an aura of gold all around us. The Michelin star Jules Verne restaurant is on this floor. No, we did not eat there 😄 We did eat at 58 Tour Eiffel restaurant though. It is on the first level of the Eiffel Tower. The towers' esplanade which surrounds both of the levels (between the ground and the summit) has several buffet restaurants. There is also a macaroon bar on the second level. Can't pass those up 😋. The meal at 58 Tour Eiffel was great. We had lots of fun choosing from 5 or 6 different entrés, mains, and desserts. The only one I did not like was the dessert with yogurt but that is probably my fault because I do not like yogurt. Every thing really was great though.