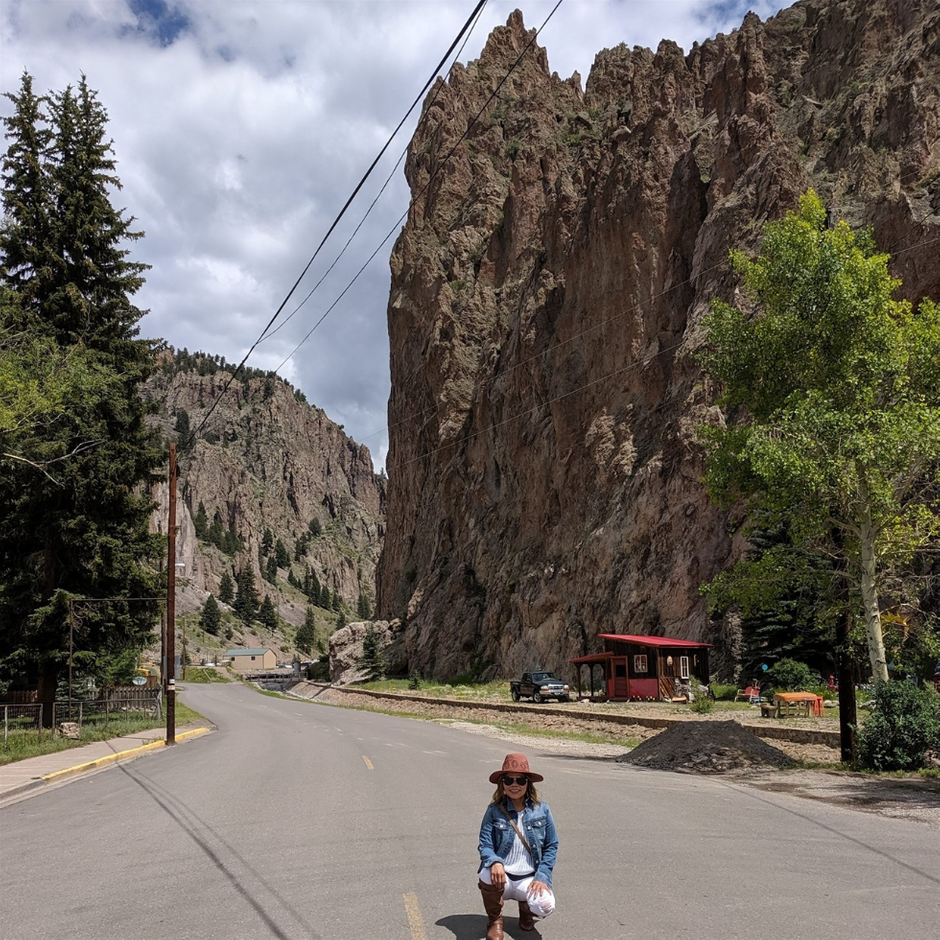 Farida posing in the middle of Main Street in Creede Colorado at the south end of Town just before one arrives at the Underground Mining Museum heading south through town. Creed is kinda small. It is only 4 or 5 long streets running through town with the businesses all on the Main Street and a few businesses on the cross streets. In fact, there are only about 300 permanent residents in Creede. But there is a lot of history here. Bob Ford, who shot and killed Jessie James settled down here for a short while until he himself was assassinated by somebody who had connections with the James Gang. The beauty of the place also is very abundant which is why I do not understand why there are not more people retiring here. If it was not for the cold, snowy winters, I would live MY last years here. Tom Boggs lived in the area around 1840. He was brother in law of Kit Carson. Approximately 10,000 people lived here during the silver and amethyst mining boom years. William Sidney "Cap" Light, who was brother in law of Jefferson Randolph "Soapy" Smith, was made the first deputy sheriff here. "Soapy" Smith also lived here and he was a top dog in town within the criminal element centered around the gambling clubs and saloons. Bat Masterson also lived here for a time. He was an army scout, journalist, indian fighter, and buffalo hunter. He is most famously known, though, because he was also a professional gambler and sheriff in Dodge City, Kansas when some very notorious individuals of ill repute resided. Wyatt Earp was also a deputy in Dodge City at that time. Bat Masterson also knew "Buffalo Bill" Cody and Doc Holiday. He was also portrayed in several movies like Guys And Dolls, Gunfight At The OK Corral, The Gunfight At Dodge City, and Wyatt Earp. Marlon Brando played Bat Masterson in the Guys And Dolls movie.